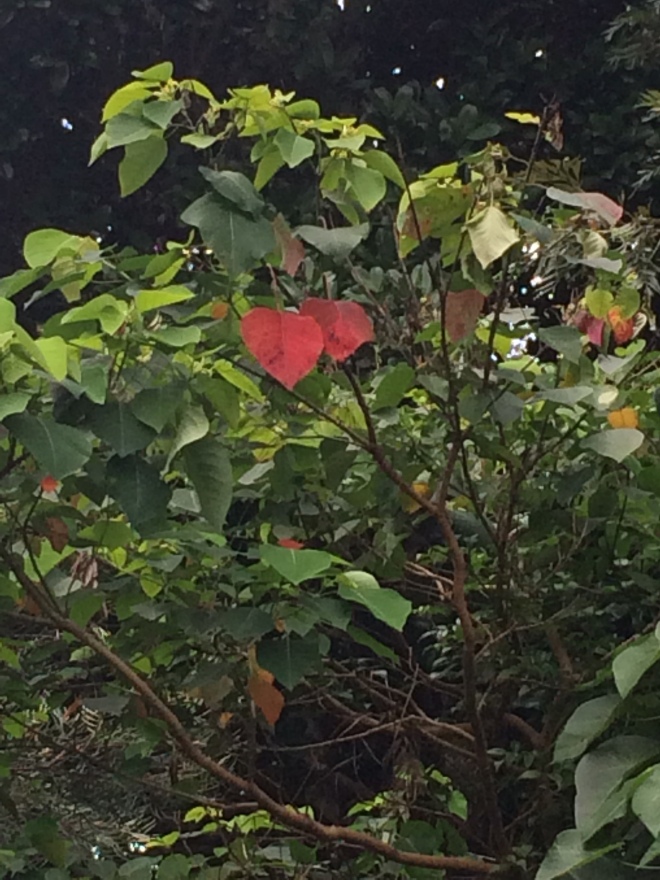 Photographed in my friends garden in Eudlo Queensland Australia, it seemed that there was such love in that small town. Almost everywhere I looked I could see the love, hearts were everywhere when you began to notice them.

Although known in their house as the Love Heart Tree It’s official Name is the Bleeding Heart Queensland Poplar, (Homalanthus populifolius) 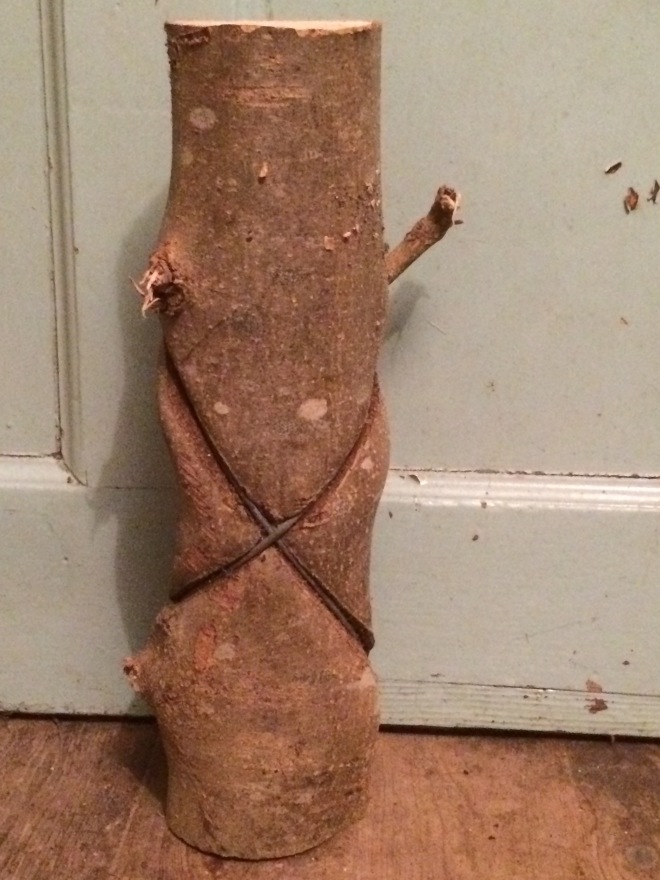 A tight rope marks the boundary line,
Of what is his and what is mine.
There it’s clear for all to see,
A wire runs across to the tree.
A simple border there to define,
A place where you don’t cross the line.
This is a marker there to set,
Just in case he tries to forget.
That there was more given generously,
So as not to cause animosity.
He talked about building a fence,
And when he started this pretence,
Of deciding where his border would go,
Removing the line, well wouldn’t you know.
The best way to do this is to remove the tree,
The one that’s there for all to see.
So he chopped it down and hid it away,
They wouldn’t find it when they came to stay.
But through carelessness, so sure was he
He didn’t count on the things I see.
I walked around and slung over there,
Was my tree stump short and bare.
I took the post with the wire grown through,
And positioned it, in full view.
A reminder of a boundary gone,
And the man who has done me wrong.
For twenty four inches more of land,
So that next to his house, a shed he’ll stand.
He should have asked and not just take,
But he will learn from his mistake.
He does not own, the whole hill,
This place where we are residing still.
We have not gone, are still around.
Here to remain and stand our ground.
They tell us strong fences, good neighbours make.
But he should remember there’s give and take.
Not take and take and just keep on
Until there’s nothing left and it all is gone.
So while he will sit and criticise,
He will do well to remember, that we’ve become wise.
To the stories he tells and the liberties taken,
Which at times, leave us upset and shaken.
But we will fight on and not be deterred,
And timing is right, has not been deferred.
We’ll be “saving our stamps” as he’ll often say
Until our help is required one fine day.
Then we might choose, whether to be
Those friendly helpful people he’ll see.
Or will he arrive at a closed door.
Advantages taken again, no more.
The boundary line has truly been crossed
When into the rubbish it was tossed.
It showed no care and disrespect.
For a friendship now gone due to neglect. 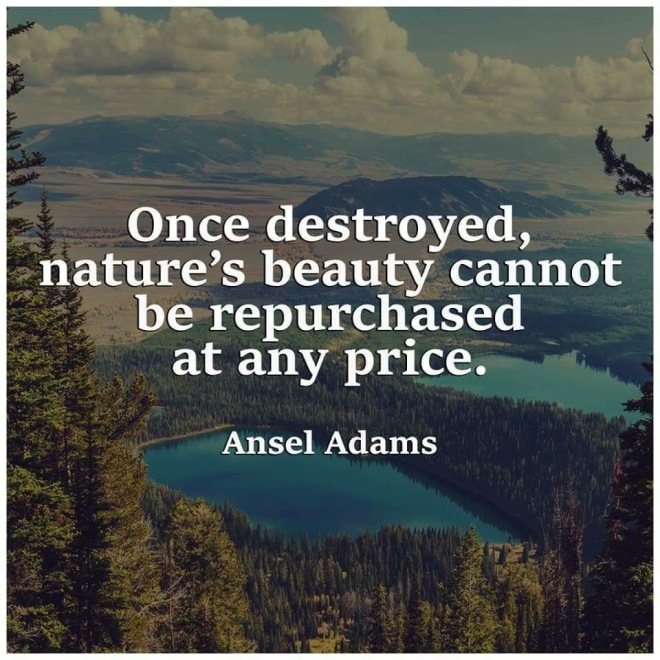 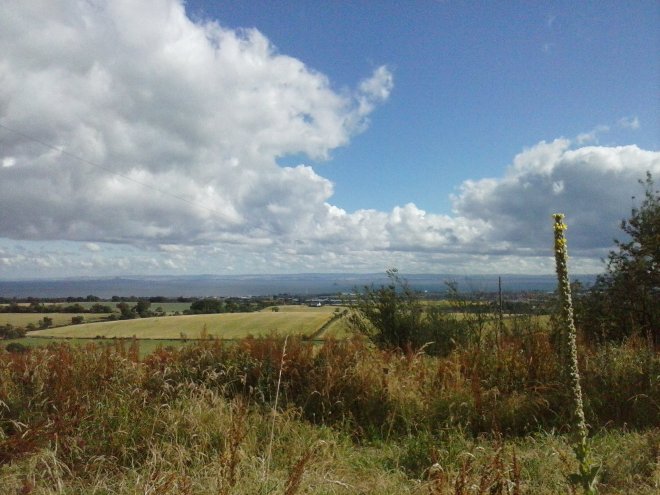 The Vistas looking out to sea,
Are where my thoughts carry me.
Birds in flight, the waves and spray,
Watching as they fly away.
Taking off for warmer climes,
Distantly a clock tower chimes.

Fox cubs fight to gain their place,
In this beautiful, cherished space.
Deer will wander breezily through,
They stop a while to admire the view.
A windswept walk on a quiet lane,
What do you see when you go again?
There’s always something to notice anew,
When there’s the dog, your thoughts and you.
Trails and flowers, animals and Bees,
Spotting something between the trees.
The wonderful sight of a hovering Hawk,
The occasional rambler stopping to talk.

Not knowing what tomorrow will bring,
Is part of the beauty in Winter or Spring.
Snow as far as the eye can see,
Peace and quiet for just us three.
Daffodils soon start to appear,
So glad that we have travelled to here.

The mottled light from Summer sun,
Just see how peaceful we become.
Alone with your thoughts up on the hill,
Haunting my dreams for the calm and still.
Sat out the front like a King on his throne,
Surveying the land in the place we call Home.

In Autumn the colours of fallen leaves,
Will truly make you think and believe
The gorgeous carpet of red, brown and green,
Is second to none as I walk through unseen.
As night time arrives the cattle are lowing,
The fire is lit and my face is glowing.
There’s smoke in the air, coffee in the pot,
My favourite chair, we have the lot.
As I watch my beloveds slumber,
I sit by the fire watching the ember.
No one can take this feeling away
Of time well spent at the end of the day.

We walk around the family home,
It was so plain to see.
The lack of love that it’s been shown,
Since left by you and me.
That it had been left way behind ,
Pushed away to the back of our mind.
No-one welcomed there to stay,
So we just upped and moved away.

I walked around the garden,
It was once so tended with care.
But since your sentiments harden,
And you are no longer there.

I felt the urge to help it,
You also did I feel.
Picking up bits and debris
Just wanting it to heal.

It used to be so large and free,
A place to read under the tree.
The summer house was cosy too,
Looking out upon the view.

A fish pond which you took weeks to make
Gone forever, for goodness sake!
Bushes and shrubs all overgrown,
But at least the grass was mown.

A broken window, a damaged chair.
Pieces of plastic, strewn over there.
There’s broken pots and damaged things
But in the bushes a bird still sings.
Walking around the fallen leaves,
Memories and treasures under the trees.

As we hunt around begin to explore,
The items laying upon the floor.
Hiding around behind the shed,
We find the old puppy’s bed.
From years before flooding back,
Between the eyes with a thwack.

Memories from the past it will bring,
As we discover another old thing.
A shuttlecock from badminton,
The list when you start, goes on and on.
Decorations, my old fish tank,
The fountain from which, no-one drank.

It seems as though it’s shown like a person it hurted
After we’d gone where it’s been deserted.
But in the midst where we sit
With Spiders webs round all of it.
A trail through the middle, where foxes roam
A playground for them, to call their own.

Spring is here and through the mess,
A moment to show it’s happiness.
A glimmer of a reconstruction,
In around all of the destruction.
Nature is stronger than we think
Brings itself back from the brink.