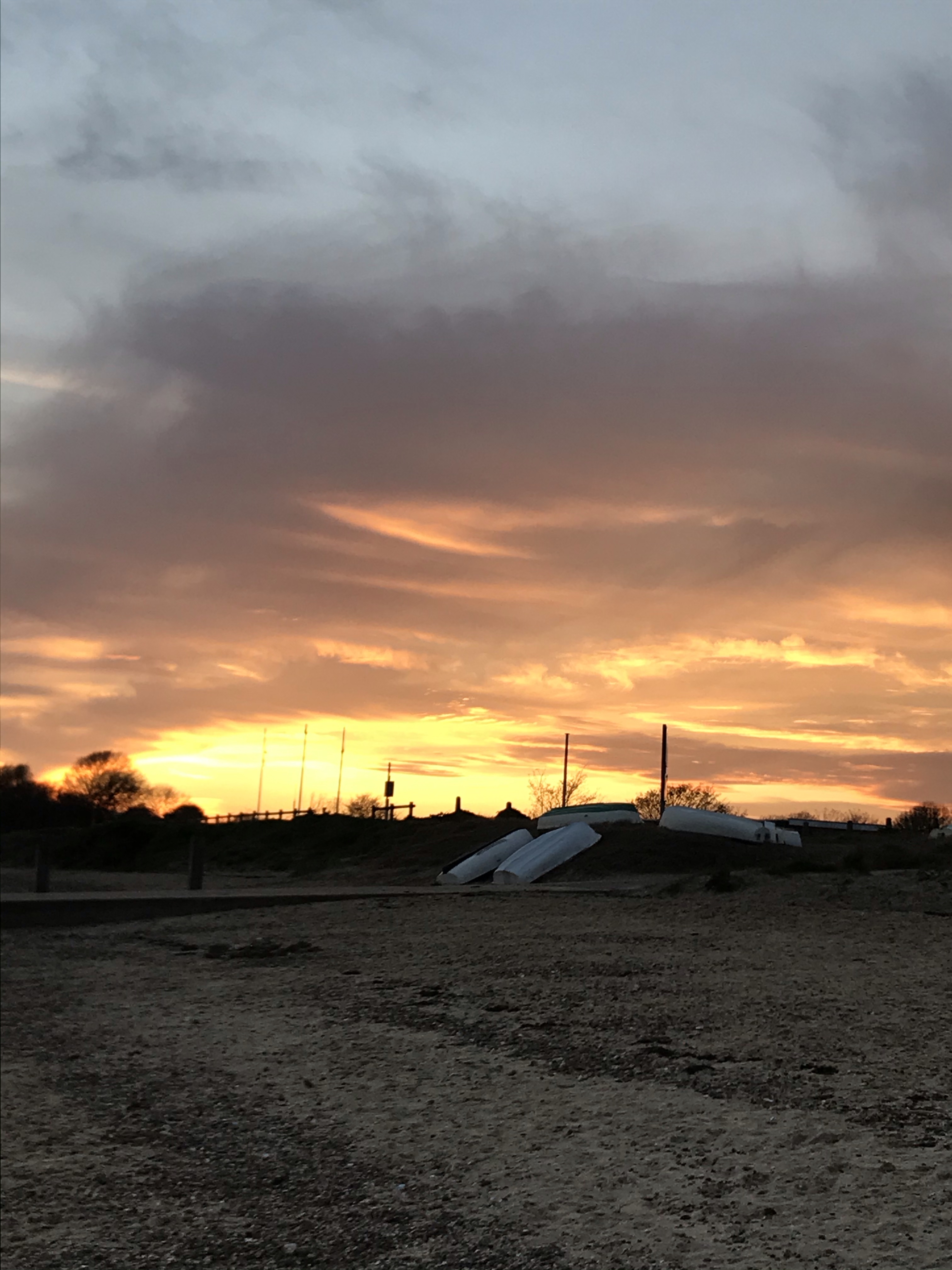 The long walk where I’ve been before,

Along the river close to the shore.

Watching where my feet I put.

On boards you see information pinned,

As flowers and grasses bend in the wind.

Breathe in deeply and take in the smell,

As the tide turns and the waves start to swell.

The birds return once more to feed,

On beaches littered with seaweed.

A sandwich or picnic impromptu lunch,

Pebbles, sand or the seashells crunch.

When the wind goes right through you,

Stopping a moment to take in the view.

Boats out at sea, sounding their horn,

On a foggy day or a winter morn.

I stand right there just a windswept lass,

Just watching and waiting for time to pass.

Before heading straight on along the track,

With the wind in my hair and the sun on my back. 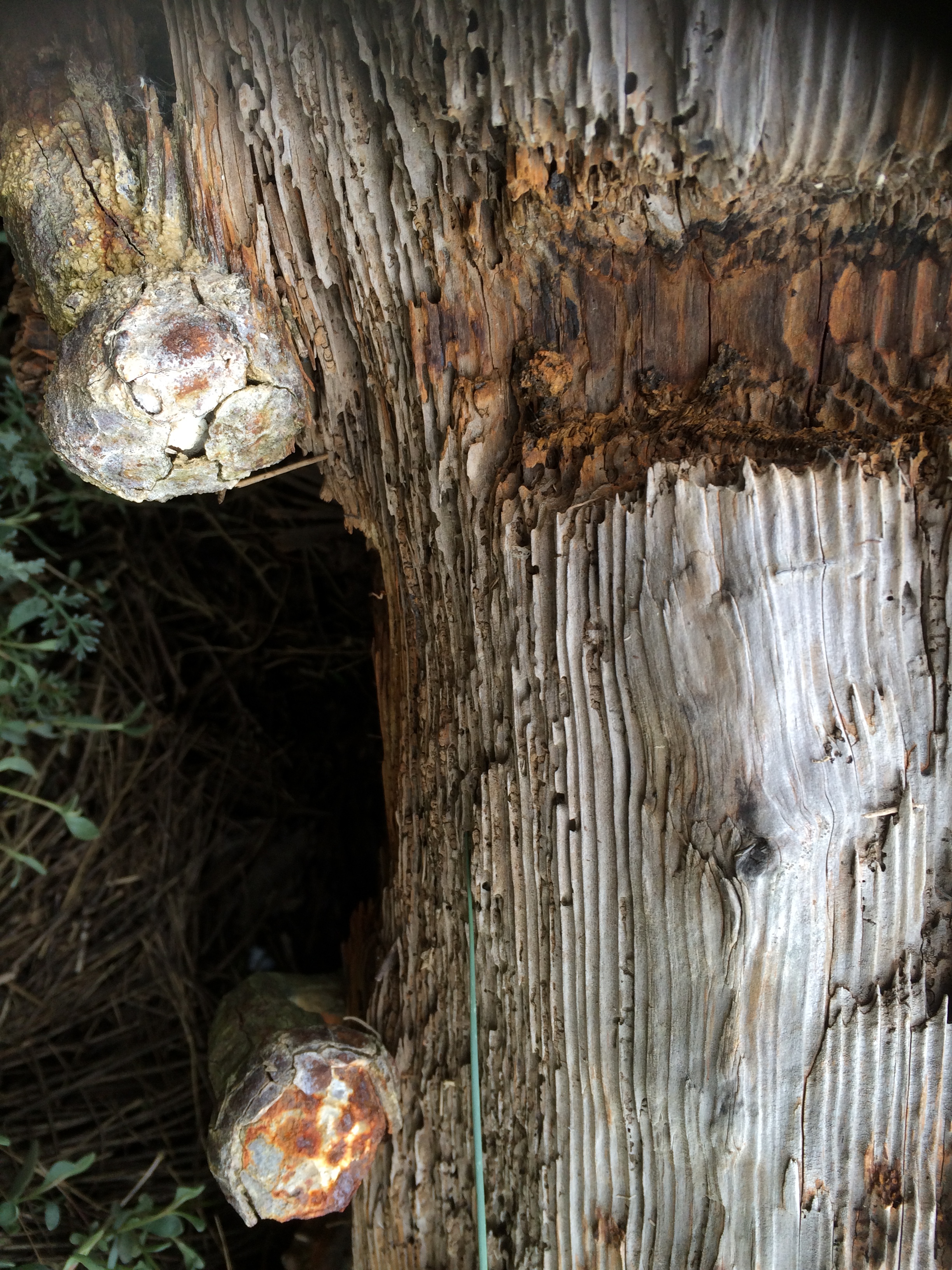 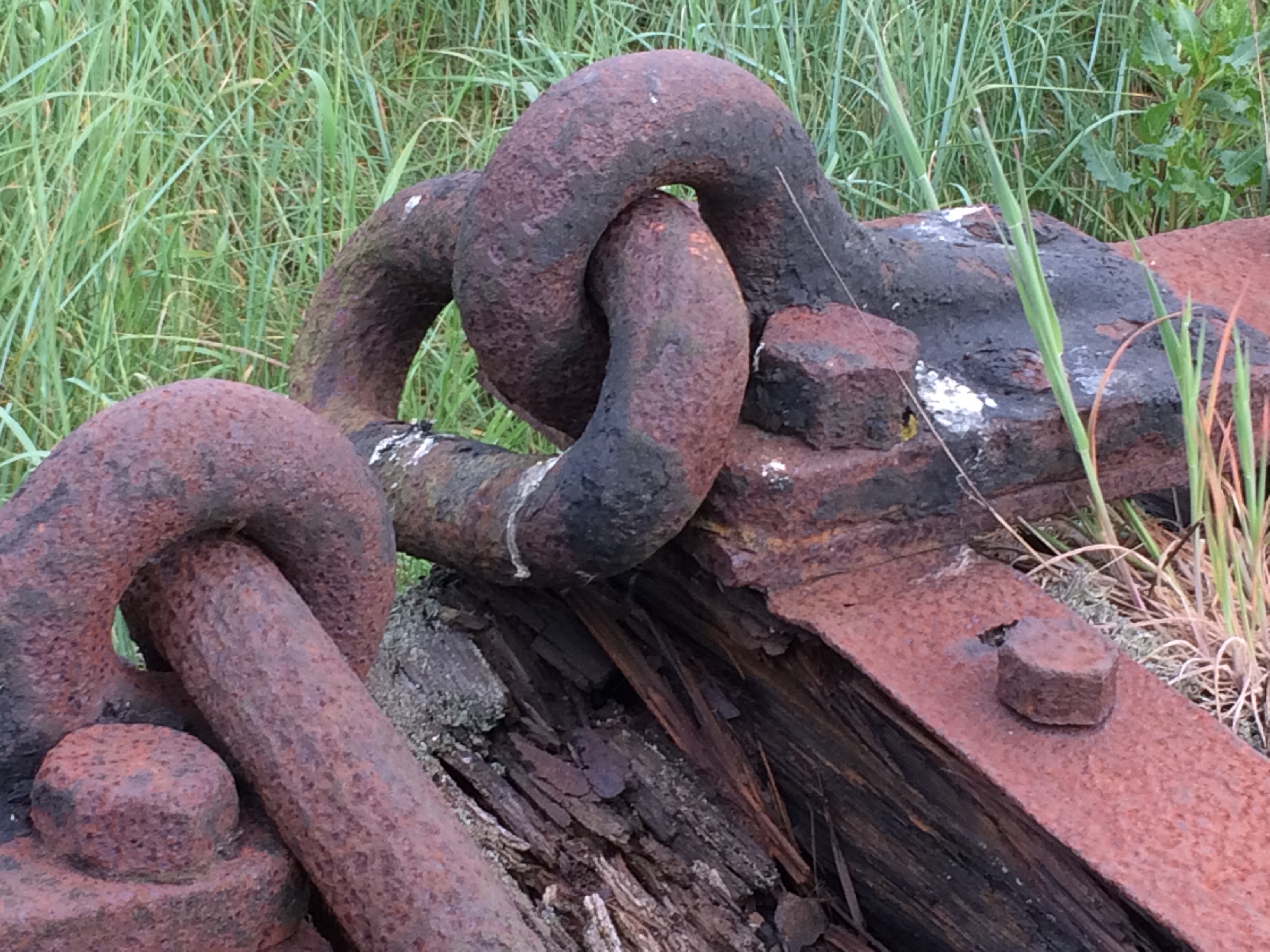 One of Many photographs taken by the river of decaying floats and scenery.

Some years ago, before Scotland or the Puppy even came into the equation about 2008, I was looking at property in a much more interesting place, to the one we inhabit.

Yes, I had itchy feet and thought about what it would be like to live in a different country. So a quick search for property abroad threw some interesting places into my thoughts. I thought about France, an awful lot.  I have always wanted a place in France….

But I also thought about somewhere farther afield where I might be able to get some land and make a beautiful place for holidays and could rent out.  It has always been something that is in the grand plan.

That was when I spotted it, a place which by name alone, fired the imagination and I began my research into this wonderful sounding place.

Now, it’s a bit of a way away from the folks if we were to up sticks and head off there, but it would be a fantastic adventure I’m sure and might be an ideal place to open a business of some sort at the time and is a tidal river which means it’s most likely to have a good availability for Seafood, which is important to me.

So what could go wrong, there were relatively cheap flights to Canada from the UK accessible airports to us and the very sound of the place sounded idyllic. The exchange rate of the Canadian Dollar meant that there was 2.3 dollars against the British Pound at the time.  Which was pretty darn good.

I had cousins which emigrated to Canada about 30 years ago, never to be seen again, they loved it so much there that they have not returned to the UK.  And trust me, when you have got the getaways, then that sounds just far enough away to do it.  I tried to research the area as much as possible.  It ticked a lot of boxes for me at the time. The area is not far from the ferry crossing from Digby to Maine, in the US which is another place I have longed to see, for many years.  Lobster and Scallops are readily available on the Canadian side near to Bear River and since I have a love of Bears, it seemed the perfect place to take my partner.  It is after all his nickname.  Apparently it is a haven for artists and there are boats nearby whilst being surrounded by wonderful forests and mountains, which you could access to ski all within about an hours travelling time.  The nearest airport, Halifax was also about an hour away.  See, I am painting a beautiful picture.

There was a house there which was not furnished, which means that my imagination could furnish it at the same time, with endless possibilities.  A timber clad house in a slightly New England style built in the early 1900’s. I wish that I still had the file with the photos which I had saved of it (but the loss of a hard drive put pay to that).  It had everything that I wanted in a house, huge space, a porch going around the outside.  A utility room, basement and attic, more space than I could think to fill and was described as a “Diamond in the Rough” by the agent selling it.  The rooms were painted in bright colours, it had huge windows which overlooked a massive garden of at least a couple of acres and was on the outskirts of town.  So it was rural enough but still had facilities nearby.  The rooms lent themselves to antique furniture and the whole place reminded me of a huge American or Scandinavian Lake house, the type I would love to live in.  It had four large bedrooms and 2 bathrooms and large receptions, more than enough space to do the entertaining that I thought I would get the opportunity to do once all our friends came out to visit us there for holidays, the parties we would have there. Oh Boy, Christmas would be just amazing in a place like that.  Yes, I had imagined the Christmas Tree in the hallway.

Alas, It was not meant to be…  I looked into selling most of our worldly goods to get the place and thought about what our new life there might bring.

Then two things brought me back to earth with a bump.  Or more like a thud actually.  At the time I was in touch with Wilf, someone I was connected with on MySpace, (Oh the early days of ancient social media, before Myspace became a bit sordid).  He was a DJ who built Kayaks in his spare time, they were beautiful, real pieces of art.  It turned out that he knew the area and when I mentioned that I had been looking at properties there, advised me against it. Wilf told me that it used to be lovely, just like I had imagined, but in recent years the place had gone downhill and there was now a crime and drug problem there due to the closure of an industry and the mass unemployment that followed.

Just to add water to the fire, my partner also scuppered the plan completely after lengthy discussions about the possibility of living there.  He agreed that it sounded great, but said that I could not anticipate how cold the winter months would be.  Having travelled a bit and spent some time in Canada he was ahead of me and recalled just how low the temperatures are.  The fact that you can be cut off from civilisation for weeks, sometimes months.  He asked how would I feel about that? Hmm I thought, perhaps it would make a good summer residence then? (I wasn’t giving up hope) But summer is going to be colder than here in the UK too possibly.  My bones and joints ached at the mere thought of it so I resigned myself to the fact, that it could be lonely and cold there.

But after all that the memory of the place, specifically the house, that “Diamond in the Rough” has returned in my thoughts for several years, like a wonderful place on my wish list.  I think of what I would have done to that house and how living surrounded by the mountains and Bears near to a river, in a town filled with Artists and Artisans could fire the imagination.

A quick return via Google takes me to a wonderful article, Welcome to Bear River – Huffpost  which was written in 2014 and sums up exactly what I thought the place could be and how it might have become that special place for us. At the time when we were looking the country was apparently in deep recession as the UK was about to be too and I was to find out. Clearly the time was not right for us, but never say never, after all we now have a puppy who would love the cold, and there is always a log burner to keep us warm.

Oh Daydreamer, when will you learn…

On Bank Holiday Monday I spent the afternoon with my sister.  We chilled out at home talking about all kinds of things then ventured out in the car to a nearby river.  It is lovely how a quick trip to water brightens the day.

She has recently bought a car and I am enjoying the afternoons where we can go out and see some of the great countryside which surrounds us, where I get to show her the places she hasn’t seen before, which are right on our doorstep and she gets to practice her driving.  It makes a change not to be the driver. More importantly, we also get to be sisters again, when we are out on our own and just be ourselves.  We were talking about location shoots since she is after some new promotional pictures for her work and I tried to think of places which were a little out of the ordinary.

I thought of just the place and took her along the river. It was threatening rain all afternoon, so we went over there early evening for an hour or so, despite the slightly grey evening, we messed around with our cameras and I came away Happy with a load of new shots and making new memories as she put it.  Although I will not be the photographer for her promo shots, I also got some nice ones of her.

I decided that I would add some more images, bit by bit to the series called Decay, which I have photographed over a period of time.  So, here goes… 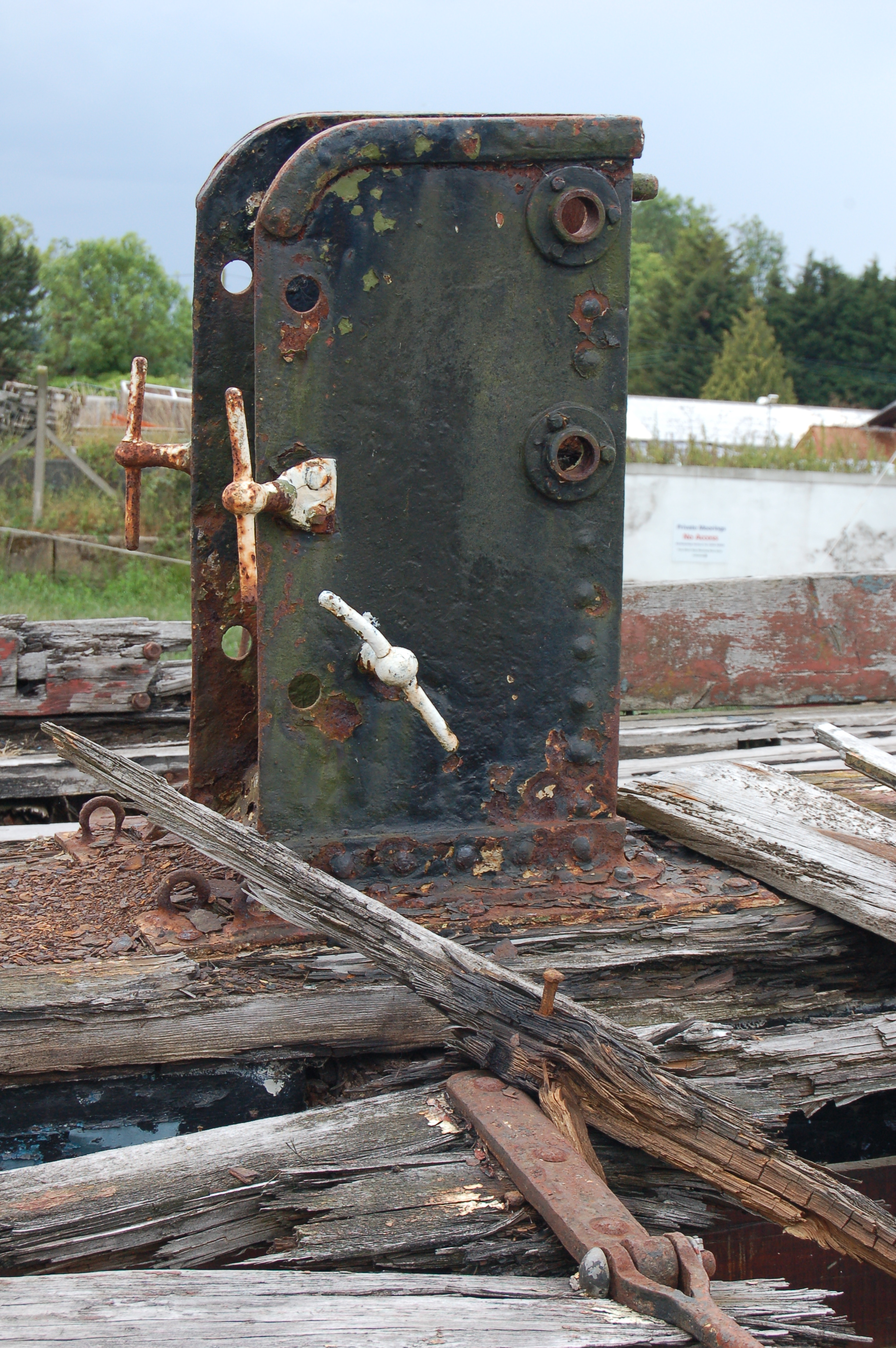 I wonder when the notes we’ll send,
Or when we get to see our friends.
When the time is right and we are able
To gather them around the table.
To celebrate with us in the here and now.
A dearest wish, no it’s a vow!
So open your diaries, save the date
It’s time for me to marry my mate.
You see there are some plans in place.
A smile planted firmly on my face.
An occasion that’s usually lent,
To conversation and merriment!
You wanted to marry by your 60 years,
That day will come with Happy tears.
We’ve waited so long for this time,
To show in front of the world, you’re mine.
So open your diaries, save the date
It’s time for us to accept our fate.

We had booked the church and hired the hall,
But Nature was harsh and so very cruel.
So the date was put off, just postponed,
And to our surprise, nobody moaned.
The dresses packed up safe and secure,
Shoes in the box, an exciting lure.
Our lives are filled with much emotion
A light never dulled with such devotion
So here you have stayed and we have lasted,
Through sickness and health we haven’t parted.
We just put it off till the time was right
It will be soon, Our Day, Our Night.

In my head just think of the party we’ll plan,
In a beautiful place, along with my man.
A place to sit with our friends who will dine,
At the end of a day that’s filled with sunshine.
A day that’s long we’ll enjoy to the end,
a meal so grand the occasion to lend.
We are all seated down by the river,
I’m there in the moment, it sends a shiver.
With music and dancing and happiness too,
Conversation and laughter between the few.
This is my wish and I must believe,
That it’s one for us, that we will achieve.