It’s been happening again, what can only be referred to as a Brain Dump. Every once in a while, my head feels like what happens to a computer, right when there is a blue screen and it begins a crash dump.
Hopefully at this point your disk drive doesn’t fry aswell. On occasions it has, that is NOT a metaphor. It has actually happened. Note to self, I may need some new technology.

Meanwhile, for those who are blissfully unaware, the brain dump wakes you up, but not quite. So you feel that you are sleeping, but you are actually aware of your surroundings.

It starts to dispose of random things in your head, clearing out what may, or may not be rubbish and you are not in control of what it may select. At times, I have found it rather disturbing, since you never know when it is coming your way, how long it may last and sometimes, there will be a real gem in there, which afterwards will be gone forever. You see, you are not awake enough to write it down, or record your thought in any way, it remains totally illogical, a collection of random thoughts which go through your head and upon fully waking you cannot recall most of it.

I noticed previously, that it used to happen most on a Saturday morning, when I did not have to rise early for work, and arrived usually in the early hours after a particularly stressful week. At times, it has given me the freedom from upset, a release from a distressing situation, which up to that point my have been ruling me. Other times, it can be memories from the past, which have returned to haunt or delight. I usually feel refreshed after this happens, but I cannot help but wonder how many people get it. In conversation with a lady who is a counsellor a while ago, she told me it might be my way getting rid of things which I cannot cope with. I rather think that it is a coping mechanism, but it has only manifested in the last couple of years.

Since last week was a prolific time for my writing things, I am hopeful that what spurred me on to write, was not short-lived and so must not allow my fears to conquer me. Tomorrow is another week and with it, brings new thoughts, experiences and excitement.

So, where does it come from? Answers, on a postcard, email, or comment. I’d love to be enlightened. 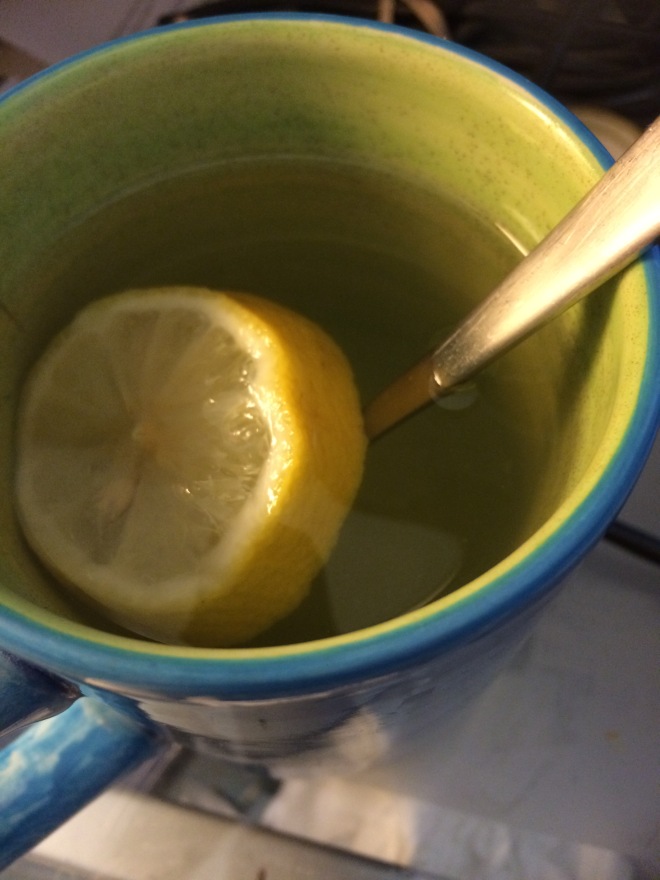 Well, that might actually be a little harsh, but there are times such as now when I feel that anyone looking in on my world at this split second, might think I was. I have been feverish for a couple of days, thanks to the bugs which were passed to my beloved and having given him a week of care, antibiotics and myself a large pat on the back for being able to avoid it, as they say, pride comes before a fall. So stumble into bug filled oblivion I did, with a mighty crash over the Easter weekend. Thank fully, I had the foresight to go and do some shopping to tide us over for a few days, when I had started to feel a bit “under par”

I coped with all of the usual things and then yesterday it hit me, like the proverbial tonne of bricks. So here I am at 3am sitting with a rather fetching hat which covers my extremely painful ears, a scarf around me covering my sore throat, fluffy slippers (de rigueur) and my pyjamas, due to the temperature I am currently sporting, I have also joined him in a course of antibiotics, in the hope that if I catch it now, it will not go to my chest as well as the places it is already wreaking havoc.
All in all it’s not my best look, but he told me he loved me and that I am beautiful before he left me to sleep, but he is delirious still, I’m sure of it. I tried to sleep, but have not been able to do so, so got up again with my painkillers.

Like a short circuit. I am hauled from my deep sleep and dreams, it is as though I have walked for miles over hot coals.
As my feet touch the cold floor, there is a searing, like steak on a barbeque, the heat travels up my legs in an unexplained painful sensation.
It has happened so often, as though 3000 volts have just been switched on and I am jolted again into life. A standing start from which to let the dog out in the middle of the night. As I return to the warmth of the bed, my feet throb and the blood pulsates through my veins, surging like a faulty power supply. Or perhaps just this power surge. Releasing heat like a powerful firework, a bursting rocket upon the sky, as the sparkles fall to the floor, intense and strangely moving as they land.

The electricity dissipates, it ebbs away over time leaving restless legs again throughout the night. I take a sip of water and raise the glass to my forehead, feeling it’s coolness, and resisting the urge to pour the whole glass over my head, knowing that water and electricity don’t mix and risking it once again.