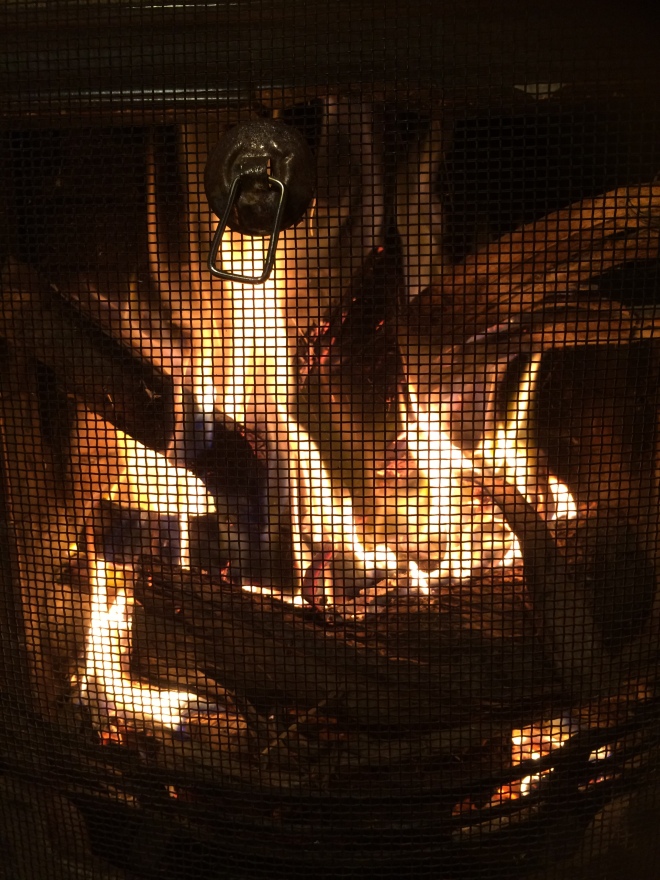 There is something immediately calming to me about building a log fire in our house.

I always look into the fire to see what shapes it will produce, sometimes I have seen words upon logs as they burn and sometimes there are objects which are plain to see. others you may have to look more closely for.

Here is the second night’s fire after we arrived.  I have named it my Phoenix Fire. As I placed the funny shaped log upon the fire, it began to burn and as it burned the fire curled the fronds of bark around it as though wings in flight.  It was beautiful. I did not want to leave it’s warmth.  As the fire roared from it’s mouth and all around it warming the room and my face. It was as though it had something to teach me. That underneath it all, there is still room to grow and return.  Another promise of Hope perhaps.  It would appear to be a signal that I am not done here yet.  Rising again from the embers. Stronger one can hope.